July 06, 2011
I am reposting the schedule here just in case you missed the previous post for the upcoming baking and cake decorating lessons in September. I will be arriving in Manila on August 22 so please call me after if you have any questions and to make reservations. The requirements and fees are in my website, www.breadmakinglessons.com and you can also email me at sherqv17@gmail.com for any baking questions under the sun.
Again, the Royal Icing and Gumpaste class will be for 3 days, no need to buy your gumpaste tools if you have no time or if you cannot find them, i will allow the students to use my tools. 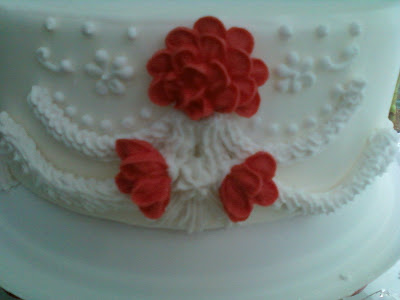 Just recently there is an issue regarding All Purpose Flour. Yes, you can make breads with it, practically all kinds of breads but there will be a big difference in terms of volume, oven spring, proofing time, hydration level, etc., When i first arrived here in the US, i had a hard time adjusting to the 100% All Purpose Flour Pandesal, something i never did back home i must say. After a while i got used to it, 14 months of US flour, bouncing from one brand to another whatever is available, on sale etc., For example, when i was in LA, i used Pendleton and Smart and Final and Con Agra Hard wheat flour. In California, i used the store brand bread flour, forgot the name of the grocery near Corona. In Canada, Bulk Barn has at least 3 types of Hard Wheat Flour, but you gravitate towards using the All Purpose because they are cheaper than the bread flour. In the Philippines, it is a case in reverse, bread flour is way cheaper than all purpose and cake flour. Bottom line is, reduce the water when you use all purpose flour in yeast dough breads, but you can do almost anything with it, do not restrict yourself.

Lastly, the just recently concluded infamous trial of Casey Anthony just ended and i would like to say a few of my two cents in this space. Almost all of the radios, internet, cable and major channels in the US are running stories of how this sort of like "mock" trial ended in a bizarre and twisted fashion. To me it is bizarre, and sick. I almost vomitted and my heart felt like exploding from disbelief as i read one "not guilty" after another. What a way to start the week, no? Hindi na ba nag isip itong mga jury na ito?

First off, how do you get off with even the manslaughter or child abuse charges when A. you were with the child, as the primary caretaker of poor Caylee, when she apparently just disappeared. One mother said that she just held her son's arm tight one time he was acting up and she was locked up in jail for child abuse! This girl, not only did she not report her to the police, but granting she did give her to someone else and she died eventually, makes her negligent somehow right? The baby was your responsibility, she died under your care even if you did not murder her, that to me at least should have gotten her the "child abuse" charges. We protect our children so much that a single bruise can land you in jail if your child tells his teacher you hit him. So anong nangyari at parang tinamad na yata itong mga jury na ito at gustong umuwi ng maaga so hindi na nag isip.

My question is this. They say that you will be found guilty only if there is no reasonable doubt. But the defense's theories has so many doubts and holes, and yet this jury of 12 believed them more, the lies and their tails, not the obvious glaring truth. Scott Peterson was convicted for way so much less evidence. This guy went out and searched for his wife, lit candles during vigils, played the grieving husband and yet, was convicted of first degree capital murder. They do not have the cause of death as well because Lacy Peterson's body was found floating in the ocean, no chloroform, no duct tape, no trash bag, no dumping in the swamp, no baby blankets, no heart sticker on her face, nothing. There was no cause of death and apparently no motive as well because she was pregnant and they were both expecting the baby.

Please join me in praying for the soul of little Caylee, i am not even typing her surname, she does not deserve to be in this family. I hope that karma and the justice in heaven catches up with her mother who everyone knows murdered her. There are about 20 sites on facebook already asking to boycott any magazines, books, tv shows that will profit from her. Thanks,i hope you support the site for Caylee and spread the word. Worst case scenario, she gets half a million dollars worth of book deals and interviews. What a wonderful way to get off killing your own child and earn a living at the same time. So sick no? Hindi ito mangyayari sa Pinas. Sigurado ako. 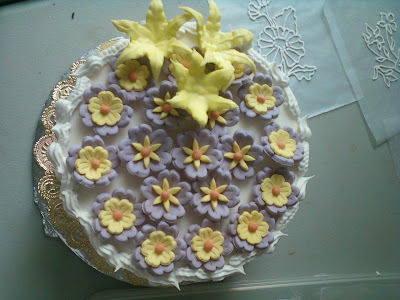 I have already some reservations for a 5 -10 day private lessons, please email me as soon as possible so i can arrange a schedule for you( one on one or group special private class on your site). Thank you.

Popular posts from this blog

3rd Class Flour, What's It All About

September 26, 2012
For starters i cannot make this Hard Monay if i did not bring any 3rd class flour or soft weak flour to New York. Once i ran out of 3rd class and tried Cake Flour, it turned bad, do not even think of using All Purpose, it will be soft but not chewy as this one made with yes, 3rd class indeed. So third class is hard to find here in the US if you will use that term. You have to say or look for soft wheat flour, that's it, not hard wheat flour, not cake or All purpose but something in between these two. It is easy to find in the Phil., just ask your local bakery suppliers and they know it is Tercera. Tercera is not for bread, bakers use it basically for cookies, cakes and other pastries, but we bakers know how to create bread recipes using part of this flour with the bread flour or hard wheat flour. It makes a softer version of any of your fave breads, with a cheaper price tag. Plus if i own a bakery, i get to use the third class for my cakes and cookies, lowering my food cost i…
11 comments
Read more

Bake Malunggay Pandesal and Set Up A Bakery At Home

October 24, 2019
Two of my students for this month, Jenn Apares and Belle Nakpil. Having fun on our 3rd day of session making Monggo Breads.

Jenn was able to bake these Malunggay Pandesal as part of their assignment and things to do at home in between our session. This is why there are always a 2 day gap in my class, to give the students time to practice what they've learned and then bring some dough and bread for me to look at. Belle forgot her breads at home so i am very satisfied with Jenn's first time with Pandesal.

It needs at least 3% malunggay to be visible but the Pandesal is excellent. I am so happy for Jenn, she can now help her parents' bakery. Finally. This is only after our 2nd session, i admit i have to push my students but it was all worth the challenge. Plus, they had fun doing it!!!


after chopping the fresh leaves, just pulse them into the finished dough, lightly kneading to incorporate the veggies.


Now that obviously has Malunggay! My last advice is to reduce the amount …
10 comments
Read more

April 30, 2010
My first experience with yeast baking did not go well at first despite the many baking books i have in my collection( which were all wiped out by the typhoon Ondoy, sept 26, 2009). The most ridiculous thing is that in your attempt to proof the yeast, you actually just snuff the life out of it by using water that is too hot for the yeast to handle. So you throw it out and then try again. Later on, many years after, i found out from my teacher in class that i did not even have to do this, simply use tap water, add a teaspoon of sugar, then the yeast, stir and voila!!! Wait for the dough to bloom or froth and your done. This is if you are using active dry yeast. Instant means you simply dump it in the flour mix, no blooming necessary.

Shown here in these images, two types of yeasts, the active dry has to be bloomed first before using, then when the yeast froths, you can dump it into the mixing bowl.

The instant yeast on the other hand, is more convenient to use, i weigh it with the rest of…
1 comment
Read more